Brought to you by Proven Pest Control, servicing Shellharbour and Albion Park.

Termites are cockroaches now? How did that happen?
Back in the days of my TAFE course in urban pest management we were taught all about the various orders of insects within Class Insecta. These included Hymenoptera (ants, bees and wasps), Siphonaptera (fleas), Thysanura (silverfish), Diptera (flies), Blattodea (cockroaches) and Isoptera (termites). 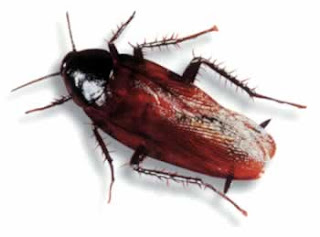 Insects are all members of the Class Insecta and each order within that class groups the most closely related insect types. It was often said that termites and praying mantis were closely related to cockroaches although this was not taken too seriously in some circles. However, it turns out that the family tree of Class Insecta has had to be re-written. Studies comparing various cockroach groups with various termite groups have reached the conclusion that termites are not their own order, but are intact. Social cockroaches.
One study from the Natural History Museum in London (Inward et al. (200T) Biology Letters 3. 331- 33.5) carried out molecular phylogenetic analyses on a range of insects from mantids to cockroaches and termites and came to the conclusion that termites no longer merited their own order. Basically an analysis of specific gene loci found that there is sufficient commonality of genes to indicate that termites belong within the order Blattodea.
Work published this year by mostly Australian researchers, Stephen Cameron from QUT, Nate Lo from Sydney University. And Theo Evans from National University of Singapore, has confirmed this result (Cameron et al. (2012) Molecular Phylogenetic and Evolution 65, 15:1-173). Thus the relationship of termites as a special kind of social cockroaches exactly matches that of ants as a special kind of wasp.
The closest relatives to the termites are the wood roaches (Cryptocercus), which makes sense in that they have a similar diet unlike the other cockroach species. Much of the early speculation as far back as the 1930s about cockroaches and termites being related came from the fact that Cryptocercas and early termites (our very own Mastoterrnes darwirtiensis) shared several groups of symbiotic gut protozoa.
So they used the same sorts cal protozoa to break down wood in their gut, and bacteria in their fat-bodies (which function like livers do in humans) to recycle waste nitrogen. Cryptoceras also exhibits some sub social behavior caring for its young, unlike other cockroaches. Primary reproductive of Mastotermes also have many physical similarities to sub-adult Cryptocercus.
This resemblance reflects a larger evolutionary trend: termites retain ever more juvenile characteristics in more evolved groups. (And dogs are like young wolves.)
The evidence suggested that the order Isoptera should be downgraded to the family Termitidae. This caused plenty of angst as the seven existing termite families were already well known and the name Terrnitidae was already in use. 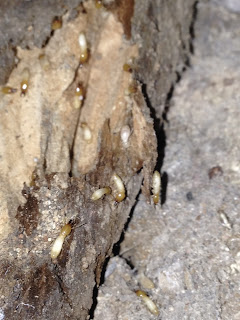 Consequently, the possible downgrading of Isoptera caused some consternation in the taxonomic world with some believing Isoptera should remain an order despite the new evidence.
The fate of ‘Order Isoptera’ has been partly spared from the chopping block. However, it has been demoted lo an “epilamily” and renamed ‘Termitidae” which sits joist above the family level to cover all the termite families.
Therefore all the termite families we know such as Termitidae (including Nasutitermes), Rhinotermitidae (Coptotermes, Schedorhinotermes, Heterotermes), Kalotermitidae (Cryptotermes) and Mastotermitidae (Masotermes) remain as they were. The American Entomological Society, the largest insect society in the world does not yet recognize this change. However the Royal Entomological Society (UK).
The Australian Entomological Society and various others are more accepting. What does this mean for the pest control industry? Well not much as it happens. The termites don’t know they are now cockroaches so they are unlikely to change their behavior any time soon.
It is an interesting story to educate clients with but no one would want to give the impression that a termite infestation is equivalent to a cockroach infestation, it makes for an interesting topic for conversation among PCOs though. Just saw a place that was being destroyed by cockroaches!”
With thanks to Dr Theo Evans for his additional input.