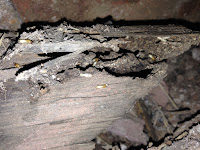 Termites and ants are stockpiling gold in their mounds, new CSIRO research has found. Australia’s smallest and most numerous mining prospectors can show us where new gold deposits are. Insects can carry gold from underground up into their mounds.
Dr. Aaron Stewart and his CSIRO colleagues have shown that they also accumulate mewls in their bodies. In Australia—geologically the world’s oldest continent—new mineral resources are becoming increasingly difficult to find, because they tend to be overlain by layers of sand, gravel and soils_ but insects provide valuable dues, to where these resources lie.
We service all areas in the Western Sydney area including: 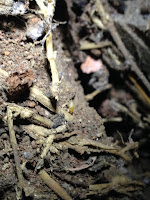 “After 150 years of exploration, the easiest deposits near the surface have been discovered. We need new ways of finding gold. Most of Australia is covered by a layer of earth that hides buried minerals.
But signs of a resource are often close to the surface. In some places we have shown that termites and ants can bridge that gap by bringing up evidence from live meters down. Our new research shows that it is riot only the really big termite mounds like the ones found in northern Australia that can be useful.
Small termite and ant mounds that occur all over the country can do the job.” At thousands of dollars a hole, the traditional exploration method of drilling grids of holes is very expensive. -Exploration companies are very keen to find ways of reducing costs.
By helping to narrow down the area that needs to be drilled we can reduce the cost of finding new deposits.” Aaron says. Several exploration companies are already working with CSIRO to develop and refine the method.
For great rates on pest control, call us today on 1300 08 25 52