Brought to you by Proven Pest Control Central Coast

The majority (probably 99%) of cases of ants in a house involve introduced species. Most common are the black or yellow Singapore ant (Monomorium destructor), yellow Pharaoh ant (Monomorium pharaonis), black and white Ghost ant (Tapinoma melanocephalum), small black and yellow ant (Monomorium floricola), and the brown African big-headed ant (Pheidole megacephala). Or the Argentine ant (Linepithema hamile).
Native ants rarely venture inside of houses, but those that do are predominantly tyrant ants (species of iridomyrmex) and sugar ants (species of Camponotus) all of which are easily deterred. These ants tend to only venture rather than nest inside of houses as they are scavengers and eagerly accept any scraps of food that they may find on the floor or bench. There are two biological factors of ants that are fundamental to their effective treatment. 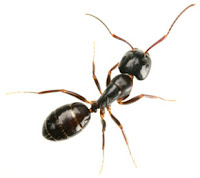 First. Only a small fraction of ants in a colony forage outside of the protection of the nest at any one time, thus killing foraging workers is not an effective means of control as the breeding rate probably exceeds the rate at which anybody can kill foragers. Second, foragers are sterile, so killing them alone has little to no effect on brood production. Instead, treatments must get to the reproductive queens to be successful. Only when the queens are killed are no more workers produced (typically) and the colony dies.
Notably, the colonies of these introduced species of ants can be particularly hard to kill because they contain multiple queens, often hundreds in really big colonies. For these reasons, householders’ efforts of using an insecticide such as fly spray on the ants, has no overall effect.
Additionally, efforts to kill ants by increasing the concentration of the active will have the reverse effect and he less potent because the foragers die before passing the active constituent to the queen(s). Less is more when it comes to ant control.
Proven Pest Control service all areas in the Central Coast including:
In light of this biological knowledge, research has identified characteristics of active constituents of products that make them suitable for effective social insect management;
1. They must be non-repellent at the concentration in the product,
2. They must have a delayed action of at least 24 hours at the product concentration, thereby allowing trophallaxis within ant colonies. Whereby ants regurgitate liquid food to share with colony members, inadvertently distributing the toxicant to fellow workers, brood, and queens, and
3. They should be fatal to the target ants at concentrations as little as 11100th of the original dosage to account for dilution during trophallaxis. In addition, surviving ants should not become shy of the product. 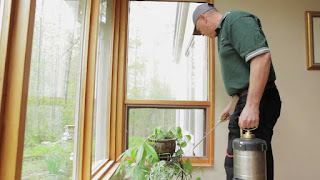 The greatest breakthrough for ant control, particularly broad-scale control, was the creation of solid baits for ingestion, products requiring ingestion must still present the active constituent in a liquid form (dissolved in oil), because adult ants are liquid feeders, restricting the passage of solids into their gut within an infrabuccal pocket and only allowing liquid to pass into a crop, where it can he regurgitated to conduct trophallaxis.
Solid matrices have two advantages over liquid treatments. First, solid matrices can consist of a potentially large number of combinations of protein and carbohydrates (e.g. dehydrated honey/peanut butter, fishmeal, and corn grit) that can be made to suit the dietary preferences of a target ant. This maximises uptake by the target species, especially over periods where their dietary preference change. 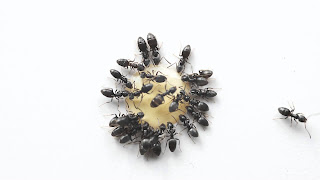 Second, active constituents that require ingestion rather than contact, greatly reduce unnecessary non-target impacts because not all biota that come into contact with the bait will ingest it. The greatest hindrance to successful ant control appears to be the lack of a universally attractive and effective treatment product.
Species do not have equal preferences for protein or carbohydrates and there can be great seasonal differences in dietary preferences within a species.  Efficacy is further affected by how food is managed within a colony (e.g. stored vs utilised immediately) and pathways by which nutrition is provided to queens. Most bait development has targeted fire ants.
Solenopsis app., and unfortunately much lower efficacy has been recorded for use of these baits against other species. -Indeed, current products are largely considered inadequate to provide effective control of Argentine ant.

This lack of product efficacy is greatest for species that prefer aqueous sugar matrices and are not greatly attracted to corn grit, or to the oil in other dehydrated solids. We already have a broad spectrum of active constituents that work successfully against most ant species. Ant management will be greatly enhanced by the creation of more products providing a greater range of attractive matrices.