Brought to you by Proven Pest Control Hawkesbury 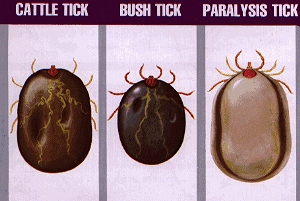 The ‘Paralysis tick’, the ‘grass tick., the ‘seed tick’, the ‘shell-hack’ tick, and the ‘bush tick’, are just some of the many names by which lxodes  holocyclus is known  Of all the 75 or so tick species in Australia, this one particular species dominates in terms of its ill effects and is the species that most commonly bites humans.
The Paralysis tick occurs along the eastern coast of Australia, from north Queensland to Melbourne, and possibly into Tasmania. The species is most abundant in moist native forests, where its main hosts, bandicoots, tend to frequent. Ticks belong to the Arachnids, which includes the spiders Sr mites. All ticks are external parasites requiring blood for development.

The Paralysis tick belongs to a group known as the ‘hard’ ticks, which are flattened when unfed and swell up during blood feeding. All stages of the Paralysis ticks are ovoid in shape, with a deep brown colouration, becoming almost black during feeding in the juvenile stages and grey in the adult female.
There are four stages within the lifecycle the egg, larvae (sometimes called ‘grass or ‘seed’ licks), nymph and adult (‘bush’, ‘scrub’, ‘shellback’ or Paralysis` tick), the larval stage of all hard ticks has six legs, while the nymph and adults are eight legged.
The stages tend to be seasonal; larvae are more abundant during late summer and autumn, the nymphs during late autumn and winter, and the adults in spring and early summer. The complete life cycle will take around a year to complete.

We Service the following areas in the Hawkesbury: 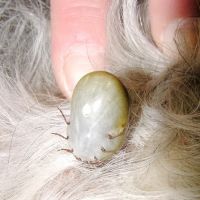 The adult female can lay large numbers of eggs, up to 2,500. The tiny six-legged larvae that emerge will search for a host by climbing the nearest vegetation and waiting 111.110 a warm-blooded animal brushes past. This host searching behaviour is known as ‘questing. Contrary to popular belief, ticks rarely climb very high in the vegetation for risk of desiccation, and are thought not to drop out of trees.
However, they can wander over the body for some hours before attaching and often end up on the head. Larvae tend riot to move far in the vegetation from where they hatch and so many can be present in a small area. This is why multiple larval bites are common, and tens to even hundreds may occur on one person. Unfed, the larvae are roughly 0.5mm in length and will enlarge to around 1,5mm alter 1-6 days of blood feeding.
As there is high level of mortality between this and the next stage, encounters with larvae are more likely than with any other stage. At the end of Feeding, they will drop off the host randomly and moult into the nymphal stage. The 1-1.5mm nymph will feed for 5-7 days, before dropping off the host similarly and moulting to become an adult male or female.
The adult is the final stage and the two sexes show a marked difference, both in appearance and behaviour. The adult female, which is 3-3.rnrn in length when unfed, will blood feed for around eight days (although up to 21 days in mid-winter) before dropping off to lay eggs and die. The male Paralysis tick tends not to blood feed on humans (but will parasitise the female) and hence, is of little medical concern. 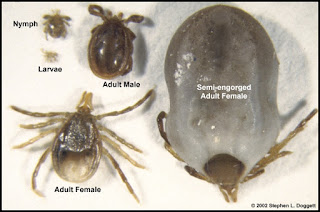 The Paralysis tick is distinctive in having the fore anti hind pair of legs being much darker in colouration than the middle two pairs (in the nymphs and adults); this feature helps to distinguish the species from the closely related lxodes cornuotus. All ticks have ‘hypostomes.; a mouthpart with backward pointing barbs that helps maintain attachment to the host. In the Paralysis tick, the hypostome is especially elongated (excluding the adult male, which is short). However, there are other closely related Ixodes that also posses elongated hypostemes.
This means that identification to the species is difficult and requires experience and appropriate taxonomic keys. Detailed descriptions are beyond the scope of this paper and it is always advisable to confirm the identity of any suspect tick with a Medical Entomologist experienced in identification.
For great rates on pest control, call us today on 1300 08 25 52